For those persons suffering from obsessive-compulsive disorder (OCD), there are effective ways to get he 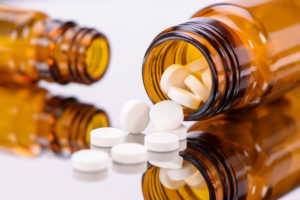 lp. In fact, research has shown two treatments to be quite effective in reducing OCD symptoms: 1) Exposure and response prevention therapy (also known as ERP), and 2) psychotropic medication. Fluvoxamine (Luvox), sertraline (Zoloft), and fluoxetine (Prozac) are commonly prescribed types of OCD medication. These three medications all belong to the same class (SSRIs) of medications, and are often used because of their low rates of severe side effects; they are quite safe. Clomipramine (Anafranil) has been shown to be significantly more effective than SSRIs in treatment of OCD (see Greist et al., 1995 for details) but is generally held to have a less desirable side effect profile. Unfortunately, a disadvantage of using any such medication is that symptoms often return once the medication is discontinued.

One study found that this sort of relapse happens in almost 90% of cases (Pato et al., 1988). ERP has the advantage of lower relapse rates following treatment. Research has found that between 63% and 90% of patients respond to this type of therapy (Wilhelm et al., 2004), and that relapse rates following treatment are significantly lower than they are for the SSRIs. Why would this be? A likely reason is that ERP teaches patients skills they can practice and use to reduce their symptoms. They can continue to use these skills for years after therapy is complete; ideally, their use becomes automatic, and long-lasting change follows.